Tom Aikens began his career as a commis chef at Michelin-starred Cavalier’s in Battersea, London. He then moved onto The Capital Hotel, working under Philip Britten, followed by a chef-de-partie position with Pierre Koffmann at La Tante Claire when the restaurant won its third Michelin star. He made a move to the two Michelin star Pied à Terre with Richard Neat, before moving to France working a year at Joël Robuchon in Paris and then a further year at Gérard Boyer’s Les Crayères in Reims.

In 1996 he returned to London, rejoining Pied à Terre – as co-proprietor and head chef – retaining its second Michelin star becoming the youngest chef in Britain to achieve two Michelin stars. After five years at the restaurant, he left, returning to La Tante Claire as head chef before finally setting up on his own in 2003 – Tom Aikens Restaurant and then launching another brand and flagship venue, Tom’s Kitchen in Chelsea in 2006.

Located in a beautiful three story townhouse on Cale Street in Chelsea, Tom’s Kitchen is a contemporary all-day brasserie, serving British favourites and comfort food classics in a newly refurbished, relaxed and informal environment. The ground floor boasts the main dining room and a beautiful bar which has become a focal point of the restaurant for both counter dining and drinks. Further seating spans the footprint of the first floor which has now been rejuvenated through the introduction of luxurious upholstery and a romantic colour scheme, bringing warmth and cosiness to the space and contrasting to the signature white tile finish and wooden panelling.

The third floor is our idea of a dream set up. With two beautiful, classy and sophisticated rooms for private dining and intimate events, seating up to 22 guests in the larger room, this is private dining at its best.

Following an extensive refurbishment of not just the venue but the menu as well, Tom has introduced an exciting array of seasonal British small plates making the most of the finest produce you can get your hands on incorporating asparagus, rhubarb, mushrooms and game into his recipes.

If you’re looking for comfort food dishes, you can make a beeline for Tom’s Kitchen classics where you will be able to choose from Fish pie with cider, leeks and parsley crumb; Chateaubriand with onion tart and peppercorn sauce; and TK Seven-hour slow cooked shoulder of lamb hot pot.

If there is one thing that you have to try? The salt cod brandade.

The team at Tom’s Kitchen have pulled together a masterpiece – new menu’s with a beautiful new aesthetic to the dining areas, if you ever needed an excuse to venture to Chelsea, this is it. 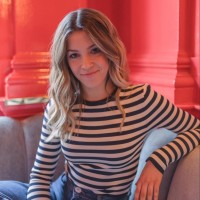